Likelihood of Confusion: Is 15% The Magic Number?

Posted by Camilla Hrdy
David Bernstein, Partner at Debevoise & Plimpton, gave an interesting presentation yesterday at NYU Law Engelberg Center's "Proving IP" Conference on the origins of the "fifteen percent benchmark" in trademark likelihood of confusion analysis. (The subject of the panel was "Proving Consumer Perception: What are the best ways to test what consumers and users perceive about a work and how it is being positioned in the market?")

In trademark law, infringement occurs if defendant’s use of plaintiff’s trademark is likely to cause confusion as to the source of defendant’s product or as to sponsorship or affiliation. Courts across circuits often frame the question as whether an "appreciable number" of ordinarily prudent purchasers are likely to be confused. But evidence of actual confusion is not required. There is not supposed to be a magic number. Courts are supposed to assess a variety of factors, including the similarity of the marks and the markets in which they are used, along with evidence of actual confusion, if any, in order to asses whether confusion is likely, at some point, to occur.


For example, in James Burrough Ltd. v. Sign of Beefeater, Inc., 540 F.2d 266 (7th Cir. 1976), the Seventh Circuit reversed the lower court's finding that a survey indicating only 15% of respondents were confused was legally insufficient to support likelihood of confusion.

The plaintiff, which owned the famous Beefeater brand of gin sold in bottles bearing the traditional London Beefeater, argued that consumers "would be likely, upon seeing ... [defendant's] Restaurant's sign, to believe that [defendant] Restaurant's enterprise was in some way related to, or connected or affiliated with, or sponsored by, [plaintiff.]."  Id. at 274. 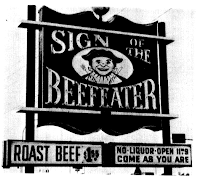 Plaintiff put forward a survey showing that 15% of survey respondents believed the restaurant was sponsored by the distiller of the Beefeater gin. The district court found that the survey "demonstrated nothing more than that a 'small percentage' of the population 'thinks of' Beefeater Gin when 'they see the word Beefeater or hear it in any context' and that that was an insufficient modicum of proof."  Id. at 278-279 (quoting district court).

The Seventh Circuit overturned this conclusion.


We cannot agree that 15% is “ small.” Though the percentage of likely confusion required may vary from case to case, we cannot consider 15%, in the context of this case, involving the entire restaurant-going community, to be de minimus.

In his clear and engaging talk, Bernstein brought to light something very interesting about the state of the law here: many of the major precedents that announce this 15% baseline, such as Sign of the Beefeater, occurred prior to consistent use of controls in confusion surveys.

Today, Bernstein says, sophisticated survey designers use controls to make sure the confusion observed is from defendant’s use of plaintiff’s protectable trademark, and not the result of some other factor, such as unprotectable aspects of the product's appearance, a stray word on the package, or the nature of the product itself. See Novartis Consumer Health, Inc. v. Johnson & Johnson-Merck Consumer Pharm. Co., 129 F. Supp. 2d 351, 365 (D.N.J. 2000) ("[T]he control cell functions as a baseline and provides a measure of the degree to which respondents are likely to give an answer ...not as a result of the name or labeling, but because of other factors, such as the survey's questions, the survey's procedures, the nature of the product, or some other potential influence on a respondent's answer such as pre-existing beliefs.").”

Bernstein gave the example of how surveys were used to test whether the trademark SOUTH BEACH DIET was infringed by a defendant's sale of food bars that bore the name "South Beach."  The bars had many unprotectable visual features that might have caused confusion, other than the name South Beach, such as the standard shape of defendant's food bar. By using a control that replaced the word "South Beach" with “Solutions,” but kept everything else the same, the survey designers were able to find more convincingly that it was indeed the South Beach name that was confusing people, not just the fact that this was a health food bar, and the South Beach Diet is a well-known diet plan.

The upshot is that the courts in the earlier cases that accepted 15% confusion were actually basing their conclusions only on what Bernstein called "gross confusion" (total confusion that includes "noise" from other factors) rather than "net confusion" (confusion caused only by use of plaintiff's trademark).

While this is very interesting to know, I am not sure what we are to make of this discrepancy. Should we take the earlier opinions to mean that even lower numbers today could potentially be enough? If a survey today with good controls shows, say, 7% net confusion, then shouldn't this be as compelling if not more compelling than a survey in the old days showing 15% gross confusion? Or do we just throw out the old numbers altogether as too "noisy," and start over?

The topic became still more interesting after Professor Graeme Dinwoodie spoke about growing skepticism of consumer surveys among courts in the UK. Dinwoodie's take-home seemed to be that, although surveys may have their flaws and can raise the costs of litigation, those who decry use of surveys should be careful what they wish for. If courts do not rely on surveys to discern consumers' perceptions of trademarks, it can be tempting for judges to simply substitute their own understandings.  Professor Barton Beebe, moderating the panel, stepped in with an anecdote. In a well-known trademark case involving the sale of girdles under the trademark "Miss Seventeen," the judge in the case apparently wandered the courthouse asking teenage girls whether they would think the girdles were put out or sponsored by plaintiff's magazine, "Seventeen." The panelists were in agreement that this approach seems problematic on many levels.

Still another wrinkle, introduced by Professor Beebe, was what these numbers tell us about everyone else. If 15% of people are confused, and this is enough to support infringement, what is the impact of this holding on the 85% of consumers who are not confused? Professor Beebe suggested that their interests should matter too, and that they could be benefiting from information imparted by trademarks, even if a (lesser) number of consumers are getting the wrong message. So, for example, if you are among the 85% of people who love the Sign of the Beefeater and find it a helpful and creative way to advertise a restaurant, it may seem unfair, perhaps inefficient, to make defendant use another name just because others aren't as savvy. At the least, Professor Beebe said, courts should continue to rely on percentages that indicate how many people are not confused as well as how many people are confused, rather than only looking at aggregate numbers of confused individuals.
Posted at 5:49 PM